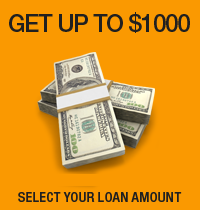 The Top Causes of Debt

You hear a lot of discussion these days about America's debt problem. More often than not, people consider the massive Federal government debt to be the issue. While the national budget deficit certainly is a major concern to financial and economic experts and everyday people alike, there is also the overwhelming consumer debt which affects millions of American families today.

Over the past twenty years or so, Americans have become burdened with crushing debt. So much so, that most people are currently going into even more debt or are struggling to pay off old debt that was accumulated in the past.

If you are dealing with debt problems, you know how frustrating and difficult it can be to get out from under all your outstanding debt. It makes getting ahead nearly impossible. A really stunning statistic is that almost 43% of American families spend more than they earn every year. According to the Federal Reserve, the median household debt in this country has now risen to over $75,500.

As the saying goes "Forewarned is forearmed". When it comes to debt, this is especially true. Knowing the most common causes of debt can give you an advantage in avoiding these dangerous financial pitfalls. Being aware of these causes can also help you reduce your debt gradually and move you closer to financial independence.

1. Decreased Income/Same Expenses
Many Americans have lost their jobs over the past five years as a result of the financial meltdown and economic recession. And for those who didn't lose their positions, many are now earning less due to reduced hours and benefits. Add to this the millions of people who are underemployed and you have a recipe for financial disaster. If you are currently experiencing one of these situations, it is important that you adjust your budget as soon as possible to reflect the loss in income. It's vital that you live within your current means.

2. Poor Money-Management Skills
The majority of people who are dealing with overwhelming debt have little or no money-management skills. This means they have no idea how to make a budget (much less live on one), invest or save their money, or even balance a checkbook. Consumers who understand and practice these fundamental rules of finance are smart and adept at controlling their spending and living within their means. It's imperative that you learn to control your finances and not have them control you. You will never achieve financial independence without doing this. Educate yourself!

3. Counting on future income
It's easy to get caught up in the idea of spending tomorrow's money today. But nothing is a sure thing. The inheritance you're planning on receiving may not work out. The yearly bonus which you've gotten in the past may not come through. Circumstances change. The smart consumer will wait until the money is actually in hand before planning what to do with it.

4. Divorce
Divorce is usually a painful and emotional experience which no one foresees happening to them. But the reality is that nearly half of all marriages end in divorce and it is one of the most common causes of debt. If you are faced with this situation, try to find low-cost legal help if possible. If the divorce is not a bitter one, consider filing for an uncontested divorce which generally costs much less money. Though it may sound cold and calculating, if you have not yet gotten married, seriously consider protecting yourself and your assets with a prenuptial agreement before you tie the knot.

5. Depending on credit cards
Many people use credit cards as a way of achieving a certain lifestyle which they normally could not otherwise afford. One of the keys to successful money management is operating on a "cash-only" basis. If you can't pay for something with cash, it's probably safe to say you shouldn't make the purchase at all. If you choose to use credit cards, only charge what you will be able to pay off in full every month.

6. Gambling
Statistics show that almost 85% of adults have gambled at least once in their lives. Gambling is big business in America but it can easily turn into an addiction. Do yourself a favor and avoid this type of entertainment.

7. Medical expenses
Many people assume since they have health insurance coverage they don't have to worry about major medical bills. But most insurance policies have gaps in coverage which leave the patient or responsible party liable for paying the difference. You should also be aware that overwhelming medical expenses is one of the top reasons people declare bankruptcy in America.

8. Little or no savings
The importance of saving cannot be stressed enough. Your goal should be to have at least six months worth of living expenses set aside in an emergency fund. You should also have a separate savings account which can be used for other items, such as a vacation or new TV. Get in the habit of "paying yourself first". You won't regret it.